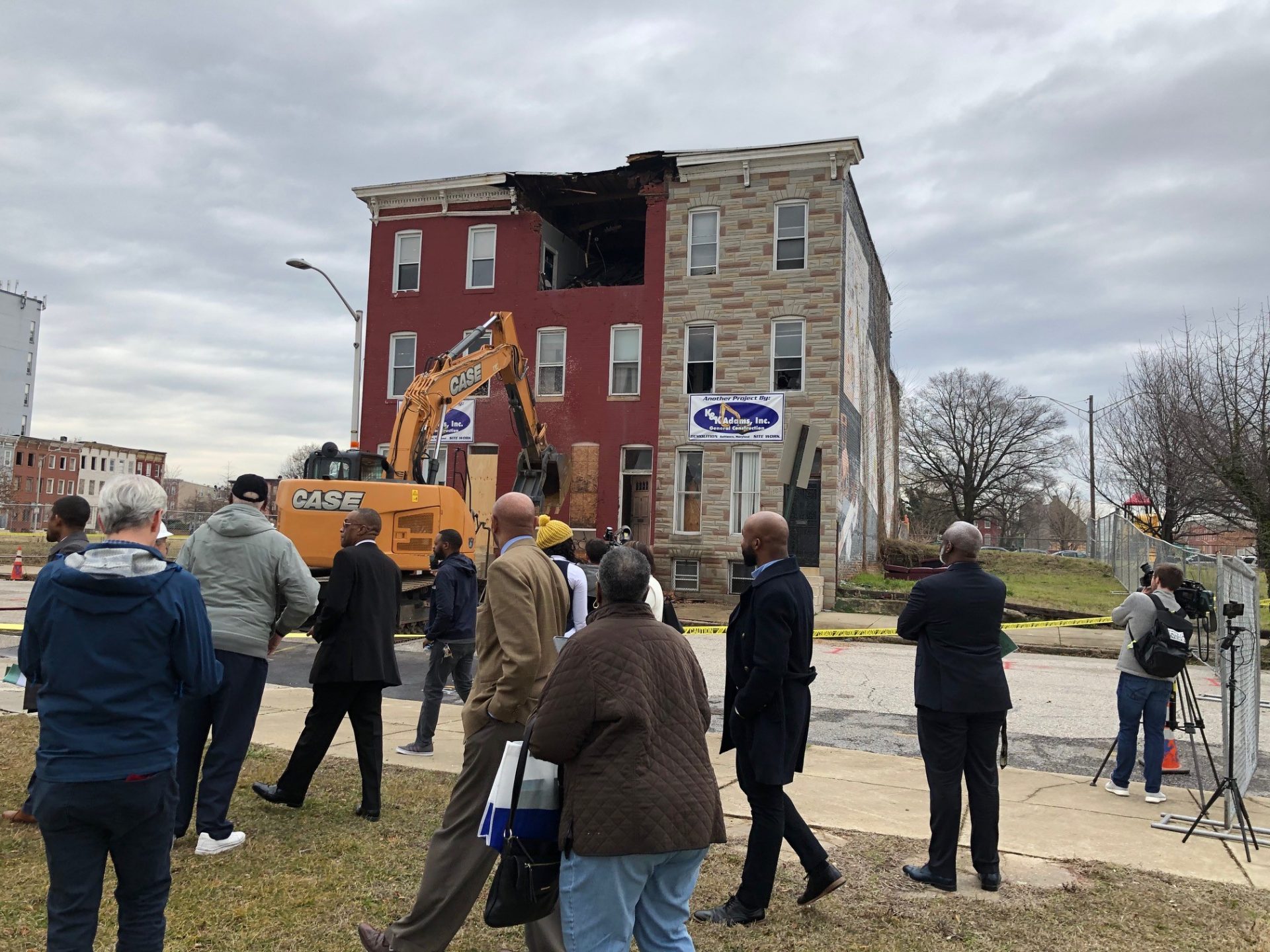 On February 4, Mayor Jack Young and other Baltimore leaders gathered to celebrate a major step in Johnston Square’s transformation by clearing the final abandoned buildings from an 8-acre expanse of vacant land in Johnston Square’s west end. This demolition sets the stage for Johnston Square Partners to convert of the site into a new community park and playing field.